In this elegant Potomac estate, the UntiCorp crew is busy finalizing the installation of a new Savant home automation system.   This is a large retrofit, replacing an existing PHAST Landmark system.  When finished, the system will provide control of 28 (!) zones of audio, 5 zones of video including their home theater, security cameras, and a Lutron HomeWorks system.  Control will primarily be through five dedicated iPad Minis, but the clients can also use their iPhones and an SSR-1000.  The legacy Lutron switches and dimmers will be updated and integrated into the Savant system. 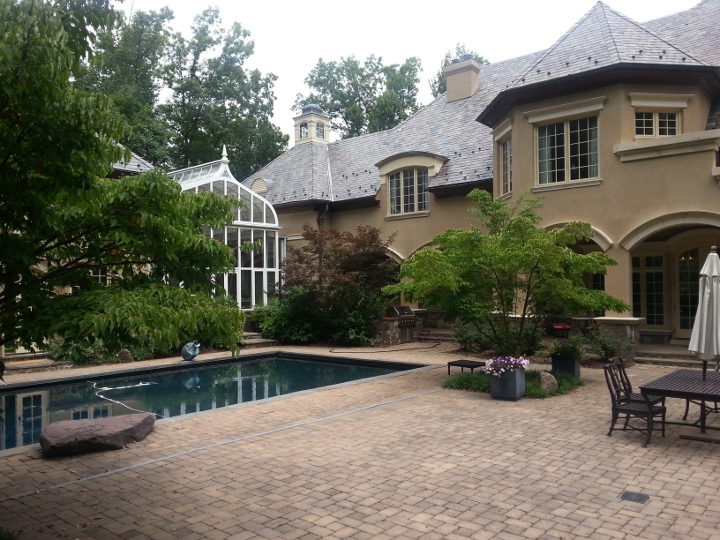 When the original owners had the home built, they installed a PHAST Landmark system, which was an early AMX/Panja solution.  If you keep up on this industry, you know that this product line just about put AMX out of business, due to all sorts of reliability issues.  (What do you expect when the primary controller is an ancient PC running early Windows XP?  Yikes!)  The new owners considered staying in the AMX family and going with a NetLinx upgrade, but since Mac products are all ready their prime interfaces, it made sense to switch to Savant. 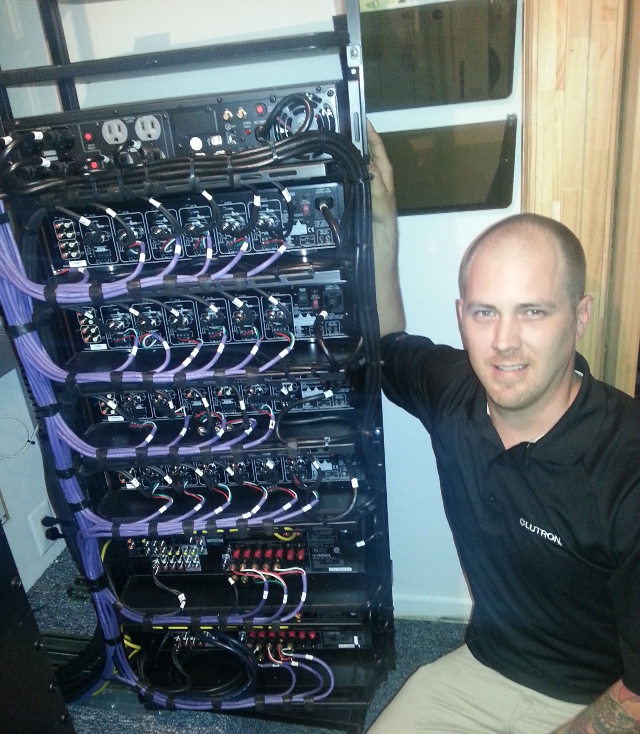 Here’s a great shot of Project Lead, Robert Shelby with another one of his exquisite wiring jobs.  If you have an older control system and are interested in learning more about the benefits of upgrading to a Savant system, give us a call.